We found these HWI NGK 500 Knee Pads and wondered if we should stock them so we asked a specialist how they would do in the field. See his review below, and let us know what you think if you have used these before. 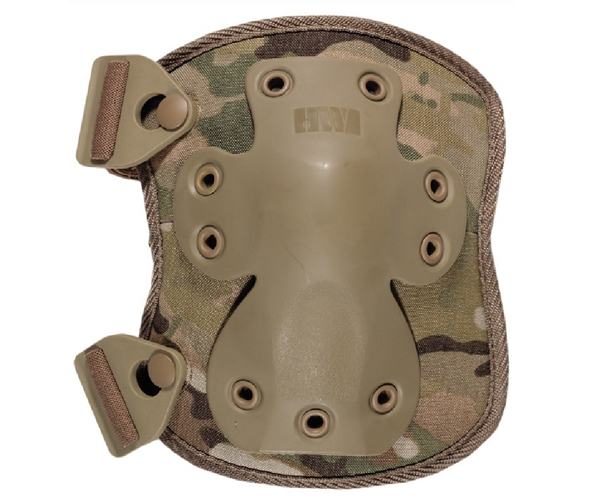 The initial reaction to the pads that they were light certainly but appeared almost flimsy. The camo design was OK, however if they were to be worn overtly I’d prefer plain black. The packet stipulates the product features are as follows;

As previously stated they are lightweight. The cap is light and flexible and the foam of the pad seems ok. I’d say that the padding was on the sparse side any less would be too little. The quick release clips were initially a like of mine but after a few times on the range dropping to kneeling they did pop open a couple of times. The Cool-Max material certainly did its job.

I tested these on the range a number of times and also gave them to a few colleagues to try. The main gripe is that they aren’t big enough and would prefer that they went further above and below the knee. The other main problem is the straps are too close together and rather tight on those with thick legs. When the legs bend the straps meet in the middle and pinch the skin which is very uncomfortable.

In conclusion, after testing for around a month I’d say that they are an OK budget knee pad. Having a look on the net they are retailing around £30 and id be rather disappointed if i had paid that for them.

Review carried out by a firearms cop in Scotland. In his words “The majority of qualification shoots and developmental shooting we do encompasses shooting from the kneeling position and on a concrete floor. The range fair takes its toll on your knees!”